During one of my consulting engagements with Motorola several years ago, I was given management authority over a small team of system administrators.  This wasn’t an uncommon thing to do at Motorola at the time, but it did make my job a tad bit more challenging.  The team’s responsibilities included UNIX support (Sun Solaris), both workstations and servers, UNIX applications like mail (Sendmail), data storage, and data protection administration.  We supported and ensured both the compute and backup infrastructure was solid and had no issues from day-to-day.  Every two weeks I would rotate responsibility for backup to a different team member, they all loved it (really).  Naturally, I took a rotation, since it was my design and architecture we were supporting.  A few weeks later we added a junior admin to the team, and for the sake of privacy let’s call him, Randy.

Randy was a “fresh-out”, a term I heard quite often amongst the engineers and sysadmins to describe someone who just graduated college and ready to make their mark in the business world.  Randy was light on skills, but heavy on confidence (the team later called it arrogance).  He had spent some time in school programming in C, even though C++ was all the rage at the time, and was a part-time administrator at the school’s computer lab which had desktops running Microsoft Windows and terminals connected an HP VAX (yes, really).  He had no experience whatsoever with the Unix operating system but a lot, it seemed, with Windows, so I decided I would share his time with the Windows Support Team while he learned how to be a Unix SysAdmin.  After two weeks the Windows team couldn’t use him any longer, not because he wasn’t helpful, they just didn’t have the workload.

I had a brilliant idea! He will love me for it and after I enthusiastically shared the news with him I heard these words come out of his mouth, “I’m not working with Backup, that’s a dead-end career, man.  Backup just isn’t sexy.”  Backup?  NOT sexy?  “Well, maybe not, but every company needs it and it is not going away”, is what I told him.

We did get through three weeks of training, and he did learn a thing or two, but his heart just wasn’t in it, and sadly for him, he didn’t last in my group much longer for other reasons.  His story though always brings me back to the basics of inspiration. 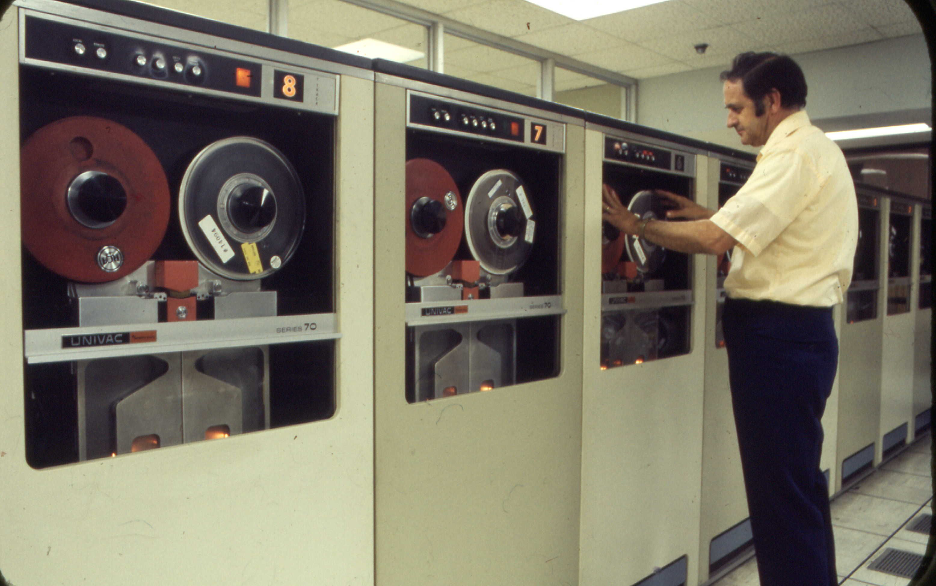 This is life as a backup admin. Systems are down & the users get restless

What was it about backup and recovery that I liked so much?  The answer to that is simple.  Back when I started the backup applications for Unix were still quite raw, so there was a lot of hands-on scripting and such to make the solution work the way you wanted it to work.  I liked it because it gave me the ability to be that much more creative with how we delivered the solution, through our scripts.  Heck, we were making drivers in the field to support different tape libraries.  It was cool.

Over the years, several years, the backup did get easier and required less and less scripting, for the most part.  However, I think backup has become much more part of the focus in the last 10-15 years because the focus has shifted from backup and wait, to what can we do with this data now?

One of the things I loathed about backing data up to tape alone was the fact that it was just sitting there idle providing no additional value.  What if we could unleash it and use that data to make better decisions, or develop better products, or triage an issue better, or create a platform where we can actually, and intelligently, create a Disaster Avoidance strategy?  I’ve always said that backup, while critically important, always leaves a bit of a gap between creation/modification and protection.  I see that gap shrinking more and more, too.

This is what inspires me.  Finding new ways to leverage technology to yield greater value for customers.

This site uses Akismet to reduce spam. Learn how your comment data is processed.